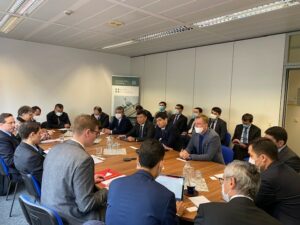 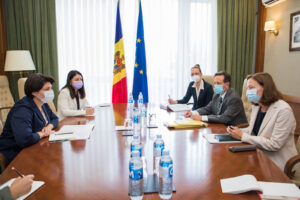 During a trip to Chişinău last week, the German Economic Team had the opportunity to meet high-ranking representatives of the Moldovan government. 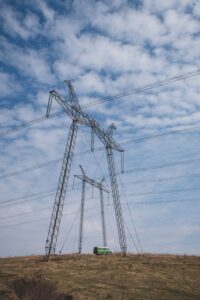 The online news portal “Euractiv” has published an op-ed by Georg Zachmann (Bruegel) and Lukas Feldhaus (BE) on the integration of the Ukrainian electricity grid into the European grid infrastructure. In the piece the authors shed light on the project’s opportunities and problems that still need to be solved. 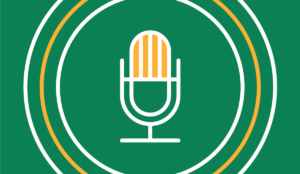 On August 10th, 2021, Robert Kirchner, deputy leader of the German Economic Team, was interviewed by Andre Zantow, editor of “Weltzeit” at DeutschlandRadio Kultur, on the economic situation in Ukraine. 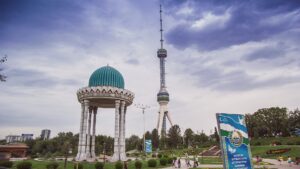 On 24 June, the German Economic Team participated in the GSP Workshop Uzbekistan. During the event, GET consultant Woldemar Walter presented the results of a study to further improve Uzbekistan’s export opportunities. 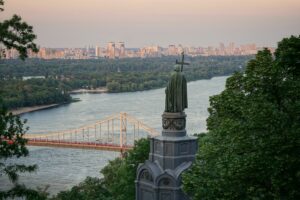 On June 17th and 18th, the German Economic Team presents the Economic Monitors for Ukraine, Belarus, Moldova, Uzbekistan, Georgia and Armenia to representatives of the Federal Ministry for Economic Affairs and Energy.

In the German daily “Tagesspiegel” from June 10th, Dr. Georg Zachmann and Lukas Feldhaus assess and comment on the German government’s plans to import green hydrogen from Ukraine.